A Tribute to Rob Culp

"He was almost always smiling, a gentle, easy grin. Rob Culp kept smiling because he kept believing – in his company, Culp Fabrics, and, even more important to him, in High Point. He believed in his town, its potential and that of each of its residents.

His death right before Christmas is a poignant reminder of the importance of giving back.

He died Saturday after a battle of several months with leukemia that many of us thought he would beat. We couldn’t help thinking that. That’s the way he rolled. We saw him walking his dogs with his beloved wife, Susan, up until a few weeks ago. He was, as always, lanky and fun. He joked with us, in that wry way of his, about the wins and losses of both his Carolina teams, the Tar Heels and the Panthers. He taught us to fight and win. He nurtured countless employees, seeing their potential and helping them rise to the top ranks of his company. He also helped many outside his organization, some of whom had fallen on hard times, to find new opportunities. He often ended his phone conversation with “You’re the best.” Their success, he knew, was High Point’s success.

He learned from his father, who started their company. Rob Culp was a brilliant visionary who could have made it on his own in any major city in this land. He chose to return. He joined the family company in 1972, after graduating from the University of North Carolina at Chapel Hill and the Wharton School of business and working for two years as a consultant for Arthur Anderson in Charlotte. He and Susan raised their children and they raised up their company. Rob Culp surfed the tumultuous decline of the textile industry in the United States, charting a path that allowed his company to rebound and provide a livelihood for its workers, both here and in China.

His big heart was always here, in High Point, with his family and his company. He couldn’t wait to get back from China trips. The 12-hour time difference makes for a grueling jet lag on the return to America, but he always met it with characteristic good humor. He kept working. Right up until his last days, from his hospital bed, he was emailing customers and employees, to ensure his fabric was getting shipped out in fine shape and promptly.

He kept giving back to his town, both in financial donations and time. He was a major player in High Point’s revitalization, quietly working with his friends in the network that has resulted in the upcoming baseball stadium and all the surrounding development.

He did not want any credit. That was not his style. He cared in a big way, but quietly. Rob, you’re the best." 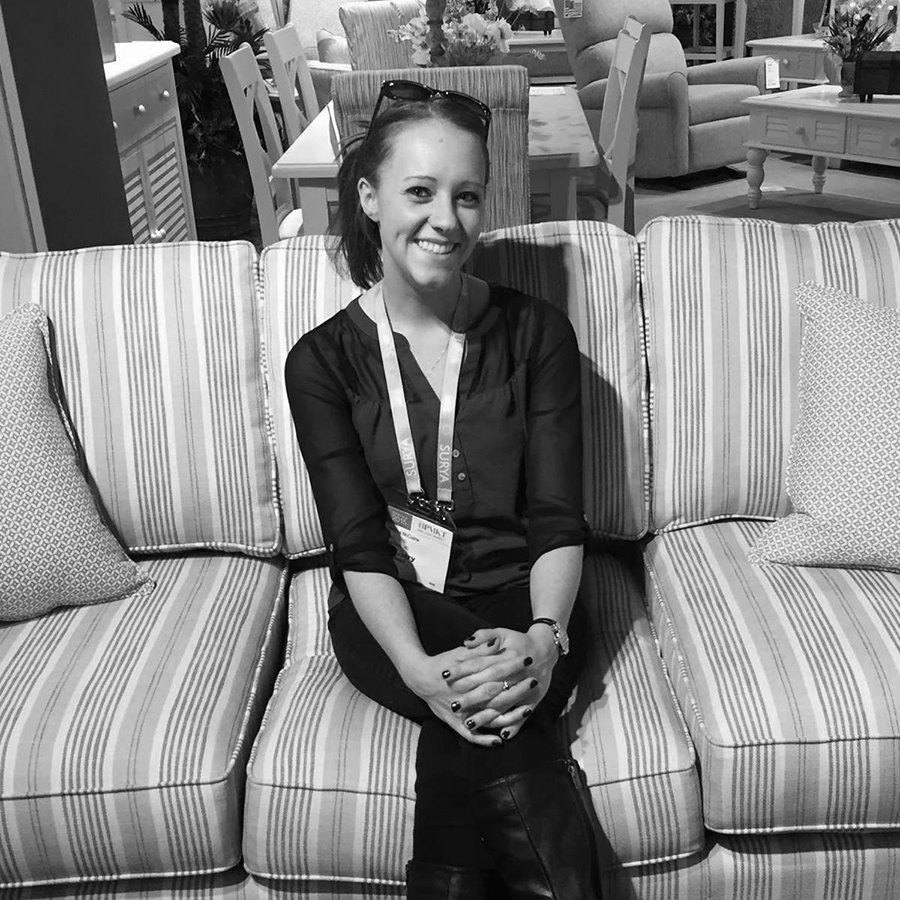 Jessica is a digital marketing and online sales coordinator with a background in textile design. She’s passionate about anything creative or DIY. That’s probably why she and her husband bought a fixer-upper with "great bones," but in need of lots of work. Send Jessica your favorite meme or connect with her to share your creative ideas, or to ask her anything about LiveSmart fabric.

Interested in recieving LiveSmart blog updates to your emails inbox?

Join us at our Culp innovation center

Fall is in the air and it's High Point Market time!

A Tribute to Rob Culp

The Dominance of Purple in 2018